2015 Employees of the Month

Awarded Employees of the Month in recognition and appreciation for hard work and dedication to the Fairview Cemetery and the City of Gainesville.
Cecil and Steve always work with a positive attitude towards their coworkers and customers and both serve as a role model for fellow employees with excellent work ethic and commitment to quality in carrying out job responsibilities. Both are dependable employees, oftentimes having to be flexible with their schedule to accommodate for funeral services, sometimes having to work weeks without a day off to perform the work needed to prepare for burials in our community. They never fail to provide excellent customer service to people who visit the cemetery and make sure all work is done in a professional and timely manner to ensure the Fairview Cemetery is adequately prepared for funerals and presentable for those who visit the graves of loved ones. 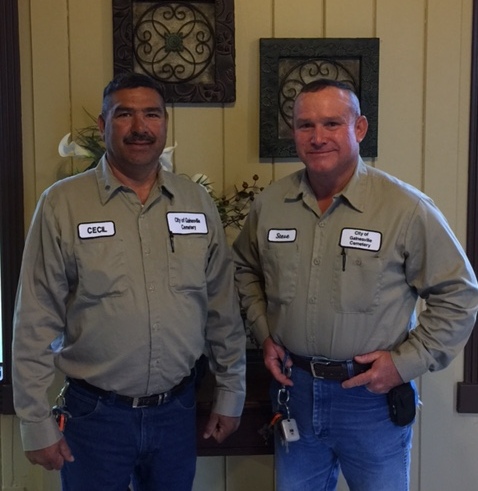 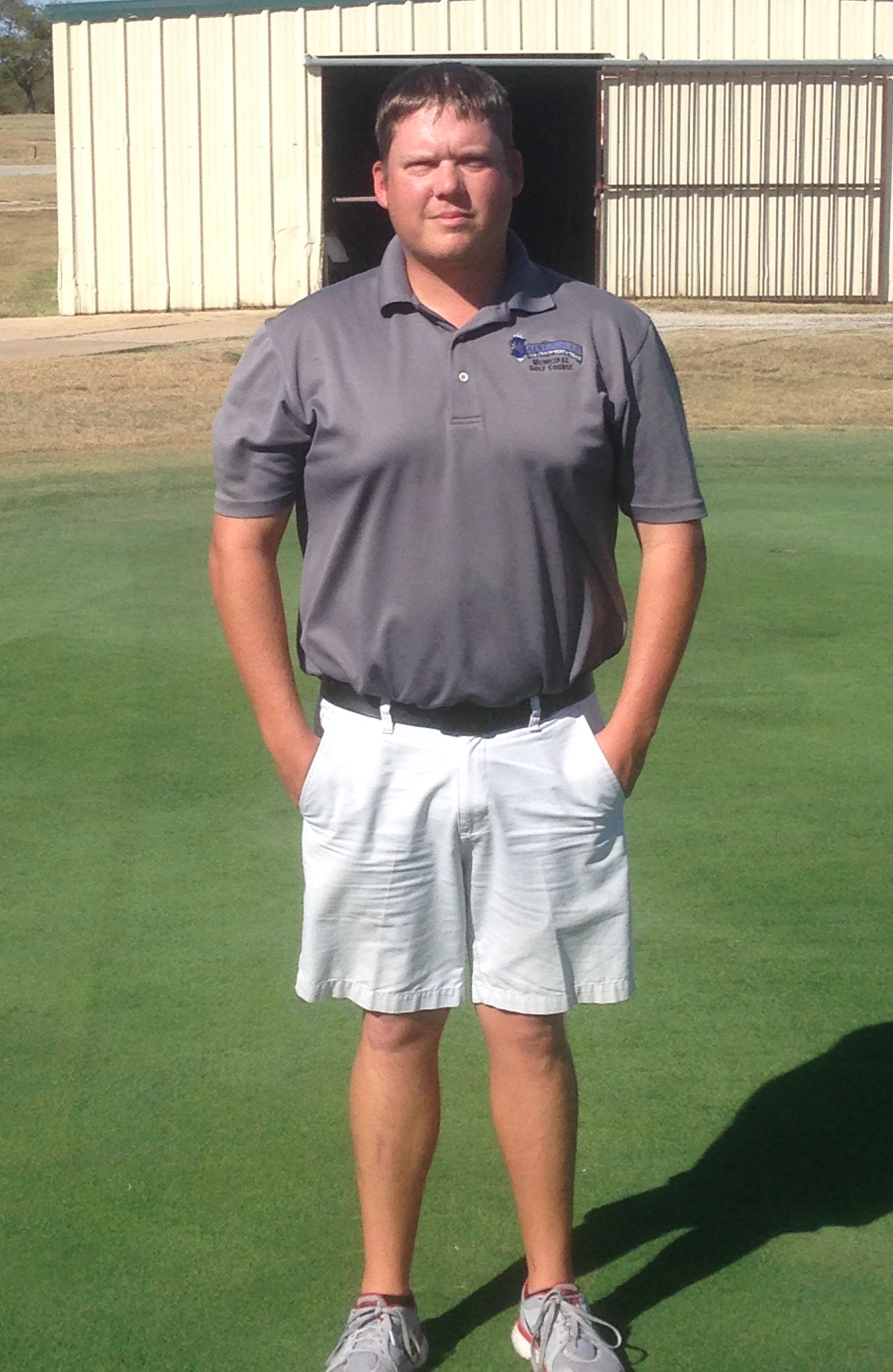 Awarded Employee of the Month in recognition and appreciation for cooperative and positive attitude in work at the Gainesville Golf Course.
Kevin exhibited a great positive attitude this year going above and beyond his regular duties as golf shop manager to help when the maintenance staff was short-handed. Kevin’s tremendous help this past spring with the flood cleanup is another example of his positive attitude and cooperative spirit.
Kevin’s willingness to voluntarily step up and accept more responsibilities during this tying year has been invaluable to this department. He continually sets a great example of leadership for all golf staff as well as high standards that reflect well upon him and the City.

Awarded Employee of the Month in recognition and appreciation for diligence in law enforcement and the protection and service he provides to our community.
On August 12, 2015, Officer Mario Orduna received a fraud report over the phone. The victim reported someone had used their credit card to purchase a room at a local hotel. After obtaining the information from the victim, Officer Orduna followed up on the call by going to the hotel and speaking with the hotel manager and discovered the suspects were still at the hotel. Upon making contact with the suspects, officers observed narcotics, drug paraphernalia items and office-type equipment. Upon a search of the hotel rooms, other items including credit card machines, a label maker, a desktop computer, laptop, printer, computer hard drive, fake DL paper, and 35 pages of data containing thousands of civilians’ credit card numbers, names and social security numbers.
Officer Orduna’s diligence in initiating an investigation from the report of fraudulent activity and putting an end to this criminal activity likely prevented there being many more victims of fraud. 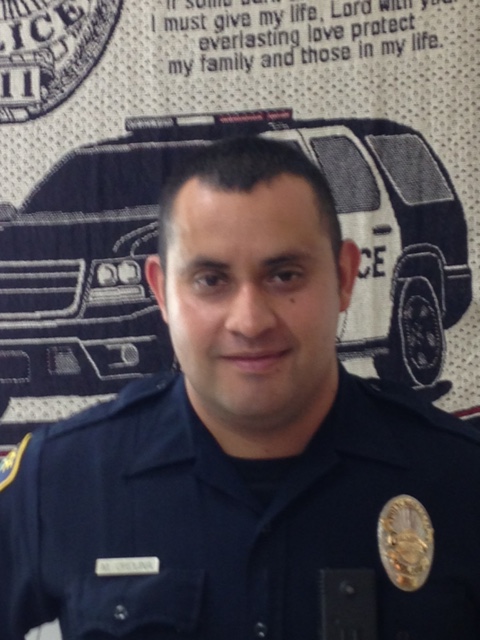 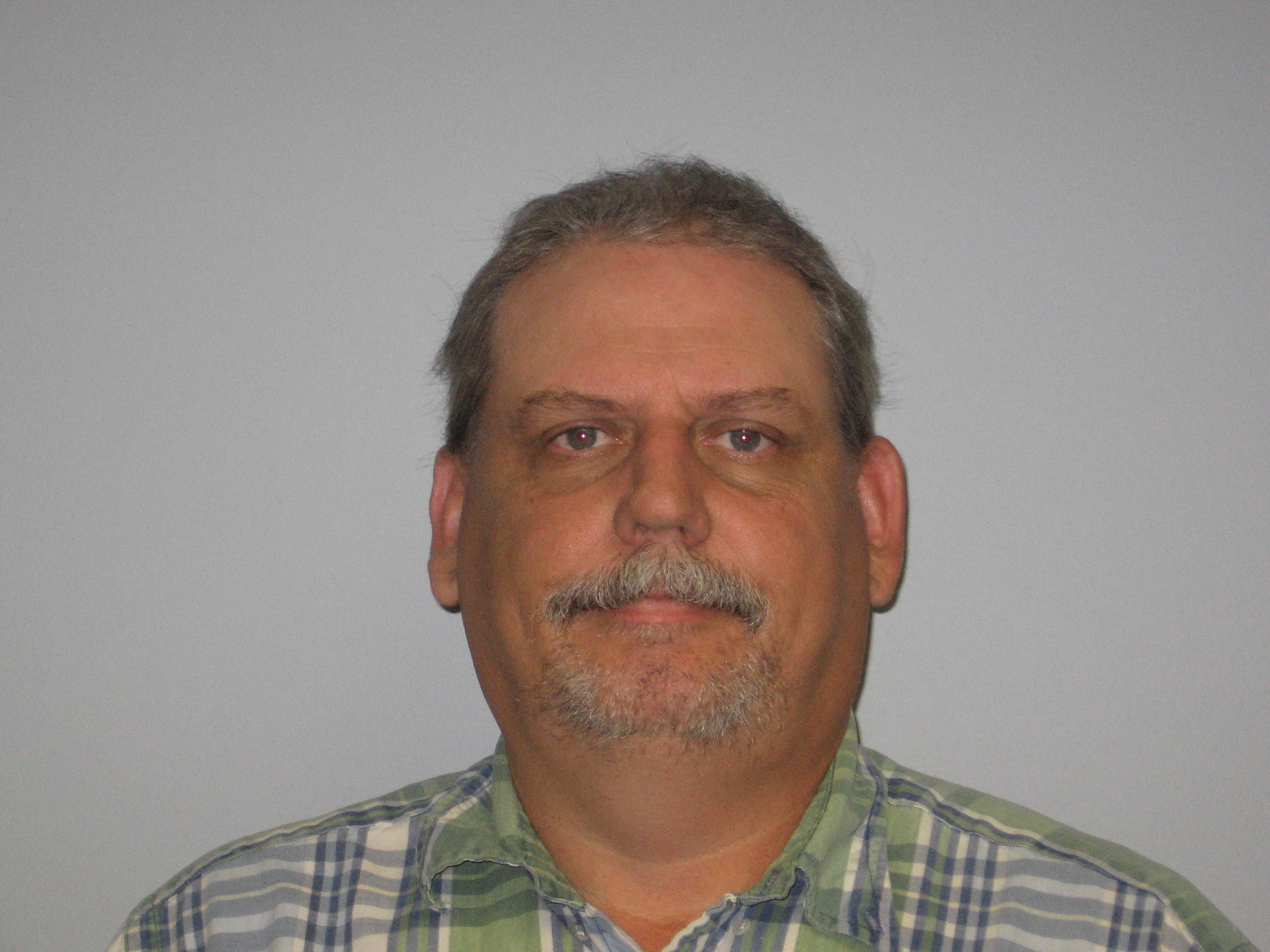 Awarded Employee of the Month in recognition and appreciation for hard work and dedication to the public services department in the upgrading of the surface water treatment plant.
For more than a year, the surface water treatment plant has been undergoing a major overhaul and upgrade. Herschel has worked diligently with engineers, contractors and manufacturers during this process to ensure that the complete upgrade the City is paying for is operational in every way.

During the start up phase there were many issues that had to be worked out, which is typical of upgrades of this magnitude. Herschel worked tirelessly to ensure that all of the issues were addressed and in the process of being corrected. Over the last month, even with the issues that still need to be corrected, he was able to formulate a game plan for bringing the plants on line for production and has been training surface water treatment plant operators in water production processes and educating them on the new automated chemical feed system and the implementation of the new SCADA controls to ensure the customers of the City are receiving a product that is not only safe, but surpasses TCEQ regulations through the TOP’’s program.
Herschel’s diligence in following the progress of the plant upgrade and his attention to detail is why the City is now in the production phase at the surface water treatment plant.

Awareded Employee of the Month in recognition and appreciation for dedication to public services and compassion for members of the community.
Brandon Prough was dispatched with Engine 3 to a medical assist call wherein an elderly female had fallen in her home bathroom. She needed assistance getting up off of the floor and a medical assessment. She was in a helpless and embarrassing situation. Brandon assisted the injured female in a professional and compassionate manner, talking to her and performing a medical assessment until EMS arrived to assume patient care. Brandon treated the patient with the utmost respect, providing the emergency medical care she needed and also cleaning her and the room.
Brandon’s officer commented, “I was very impressed at the way he handled himself and represented the department. I do understand that compassion is a big part of our job to the people in distress that we help, but we are not told how far we extend that caring hand. This is something that comes from your heart and you want others to treat you as you do for others.” 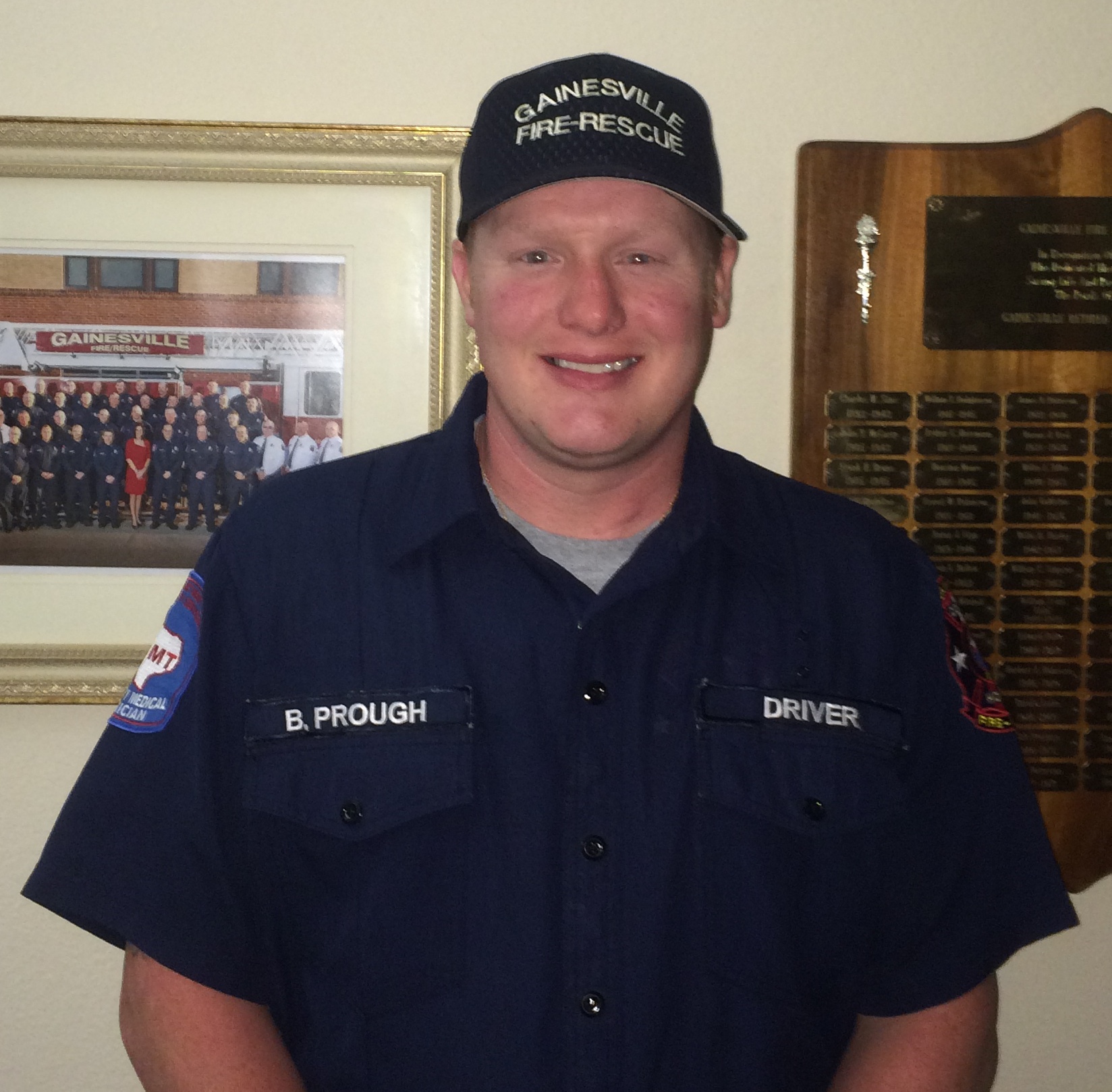 Brandon’s excellent and professional patient care and acts of kindness, cleaning up the patient and treating her with dignity and respect during a distressing and embarrassing situation demonstrates his great commitment and dedication to the citizens of the City of Gainesville. 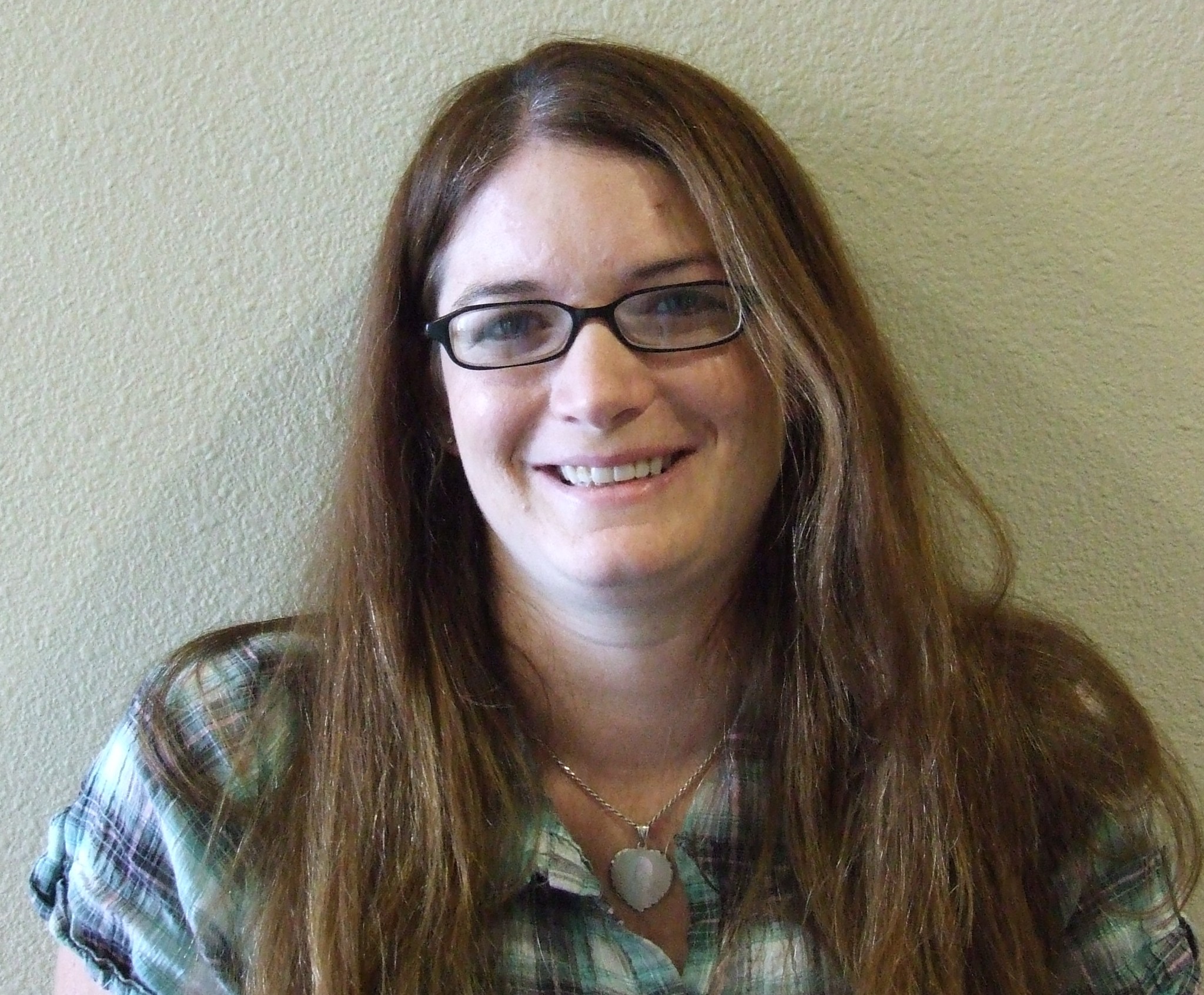 Awarded Employee of the Month in recognition and appreciation for dedication to public services and compassion for members of the community.
During the month of March, 2015, Gainesville police officers were dispatched to a call of reported family violence. While the officers were conducting an investigation at the residence, they discovered three small children sleeping and playing in filthy conditions. The children were removed from the residence and taken to the Gainesville Police Department to await assistance from Child Protective Services. The children desperately needed to be cleaned due to the living conditions they had been in that were harmful to their health.

Communications Operator Heather Neighbors volunteered her time and services by providing all three children with a bath at the police department, after which the children displayed a happier and better demeanor.

Heather’s response to the needs of these children demonstrates her great commitment and dedication to the citizens of the City of Gainesville.

Awarded Employee of the Month in recognition and appreciation for exceptional teamwork and dependability during recent transitions in the Gainesville Fire Department.
With the turnover and change of administrative personnel, Tamara has had to adjust to new personnel and provide direction in administrative processes and procedures as well as take on a number of new responsibilities and has also been required to assist with the transition of a large number of operations personnel to supervisory positions.
In addition to her regular work duties and responsibilities, she has coordinated the two annual blood drives sponsored by Gainesville Fire-Rescue, arranged for guests and presenters for retirement events, and coordinated two formal department badge pinning ceremonies. 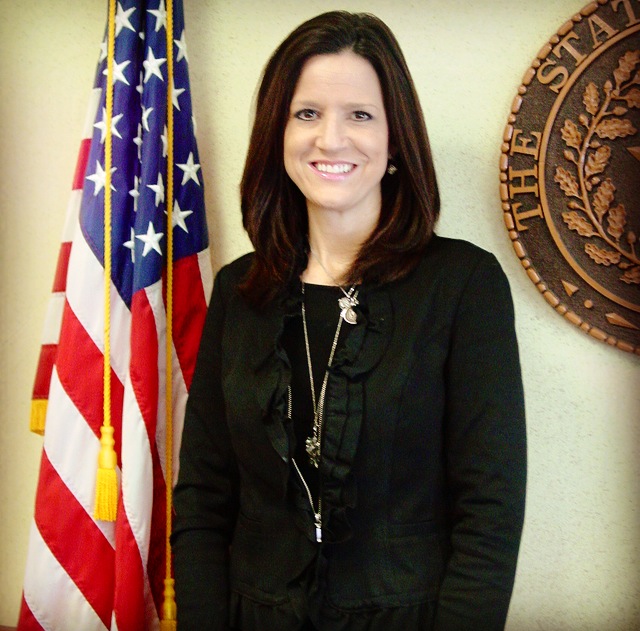 Tamara was a key resource in obtaining and correlating all of the information required for the recent Insurance Services Office inspection which resulted in the City receiving a higher rating level. She was also recognized by the ISO personnel for the accuracy and professional presentation of the documents required for the inspection.
Tamara is currently participating in the City of Gainesville University Employee Program and has served on the Lean Six Sigma team project to standardize City forms.
Tamara has voluntarily taken on the beautification of the front of the Public Safety Center. She has planted flowers, both annual and perennial, and continues to care for these.
Outside of her work for the City, Tamara is very active in the local American Canter Society, Relay for Life event. She was recently invited to go to New York City where she gave a presentation from a patient’s viewpoint to a group of medical professionals. 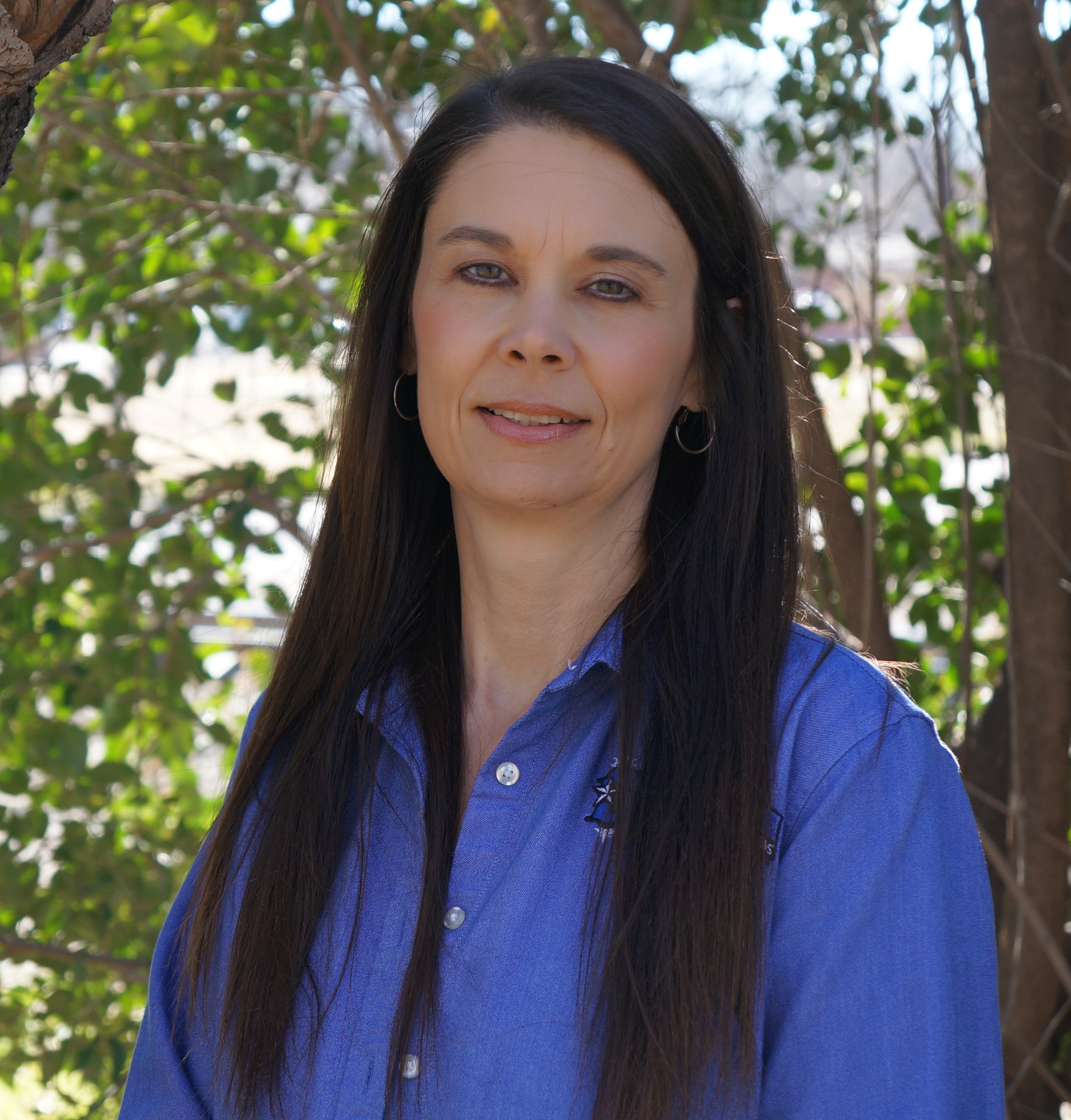 Awarded Employee of the Month in recognition and appreciation for exceptional teamwork and dependability.
Kim Reiter is an employee who demonstrates exceptional teamwork and is an excellent administrative assistant to the Director of Administrative Services and the General Services Solid Waste Division. She is very dependable and always sensitive to the needs of the needs of not only the Solid Waste Division, but to any department or division in the City. She coordinates and manages all of the City’s Auctions including the planning and organizing of the event and also gathering and preparing all necessary documentation and postings. She is very compassionate with all customers and is thoughtful and responsive to employees at all levels. She is always upbeat and optimistic and willing to assist wth all City employee events from decorating to servicing and cleaning up after each event.

Kim is a great asset to the City as well as the General Services Department. Everyone enjoys working with her because of her great disposition and positive attitude. She has exceptional people skills which makes working with her a pleasure and the workplace very enjoyable.