Bill was elected as Cooke County Judge and served in that capacity from January 1999 through December 2001. 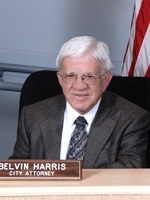 In December 2001, he began service as Judge of County Court at Law, Cooke County, Texas, serving in that capacity through December 2002.

Bill has been a partner in the Law Firm of Hatcher, Harris & Tatum, P.C. from January, 2003 to the present. He was appointed City Attorney in May, 2003.