2021 Employees of the Month

Awarded Employee of the Month in recognition and appreciation for dedication to the City of Gainesville Wastewater Treatment Plant and the citizens of Gainesville.

James is a Plant Operator II at the Wastewater Treatment Plant. He has stepped up to several challenges at the plant over the last few months. He has come in to work several times on his days off and even cancelled scheduled vacation time off to help plant staff handle emergency situations. He consistently will stay late or come in early to complete sampling events that are mandated by TCEQ. When a coworker was out for medical lave, he stepped up to help with those job duties as well.

James has also taken the lead in training new operators. He leads by example and can be counted upon to go above and beyond his job duties. He is always helpful and will drop whatever he is doing to answer the phone whenever another employee calls him or help, even on his days off of work.

James is an asset to the Wastewater Treatment Plant and the City of Gainesville. 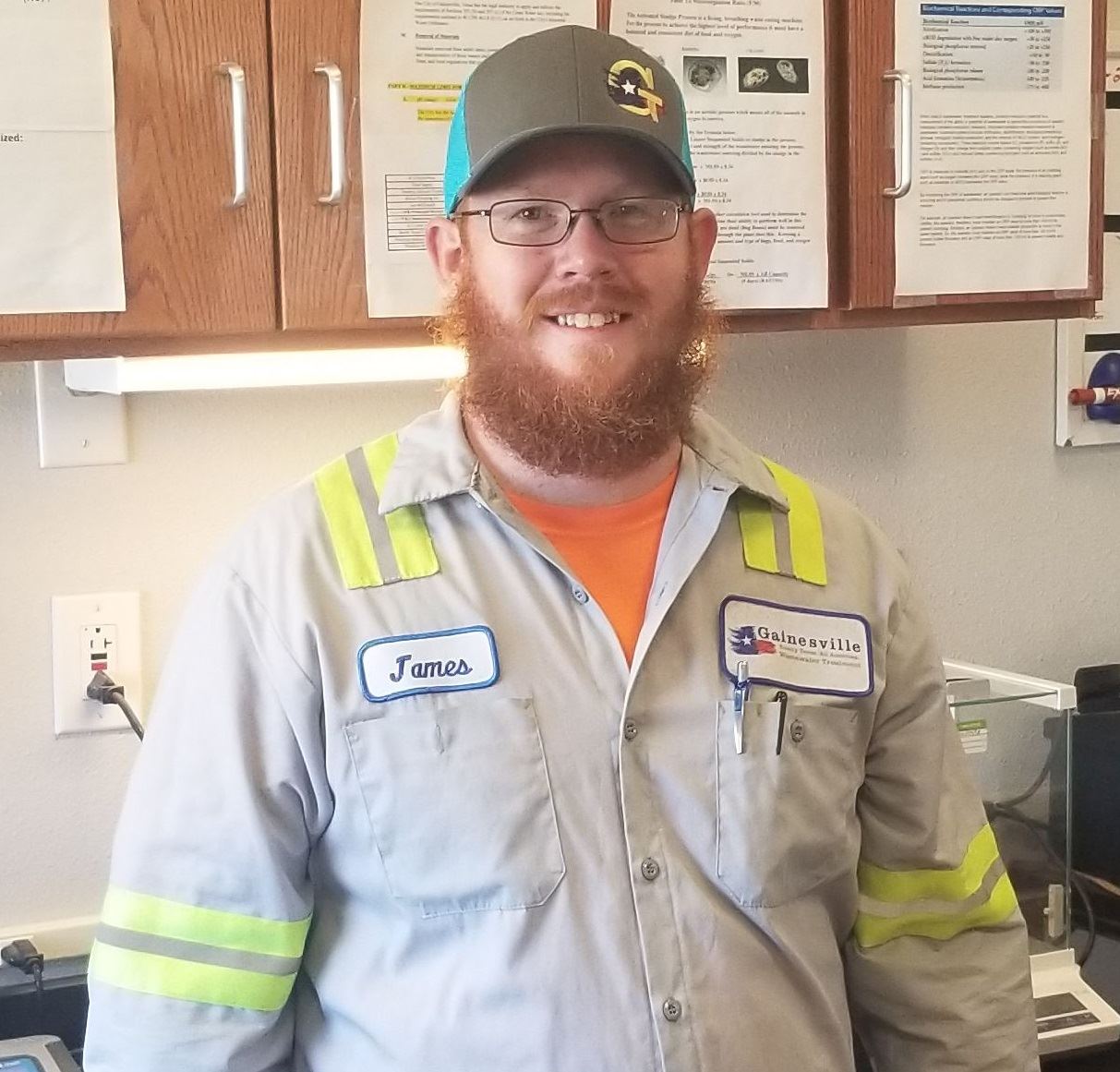 Awarded Employee of the Month in recognition and appreciation for care and dedication to the Gainesville community.

On September 29, 2021, while off duty, and on his way to a birthday celebration with family, Firefighter Jordan Sparkman was made aware of a search for a missing autistic 5-year old child. Being close the search area, Jordan decided to provide assistance and join the search.

Jordan located the missing child hiding in bushes and the child responded to Jordan when he called the child's name. The child was able to be reunited with the mother. 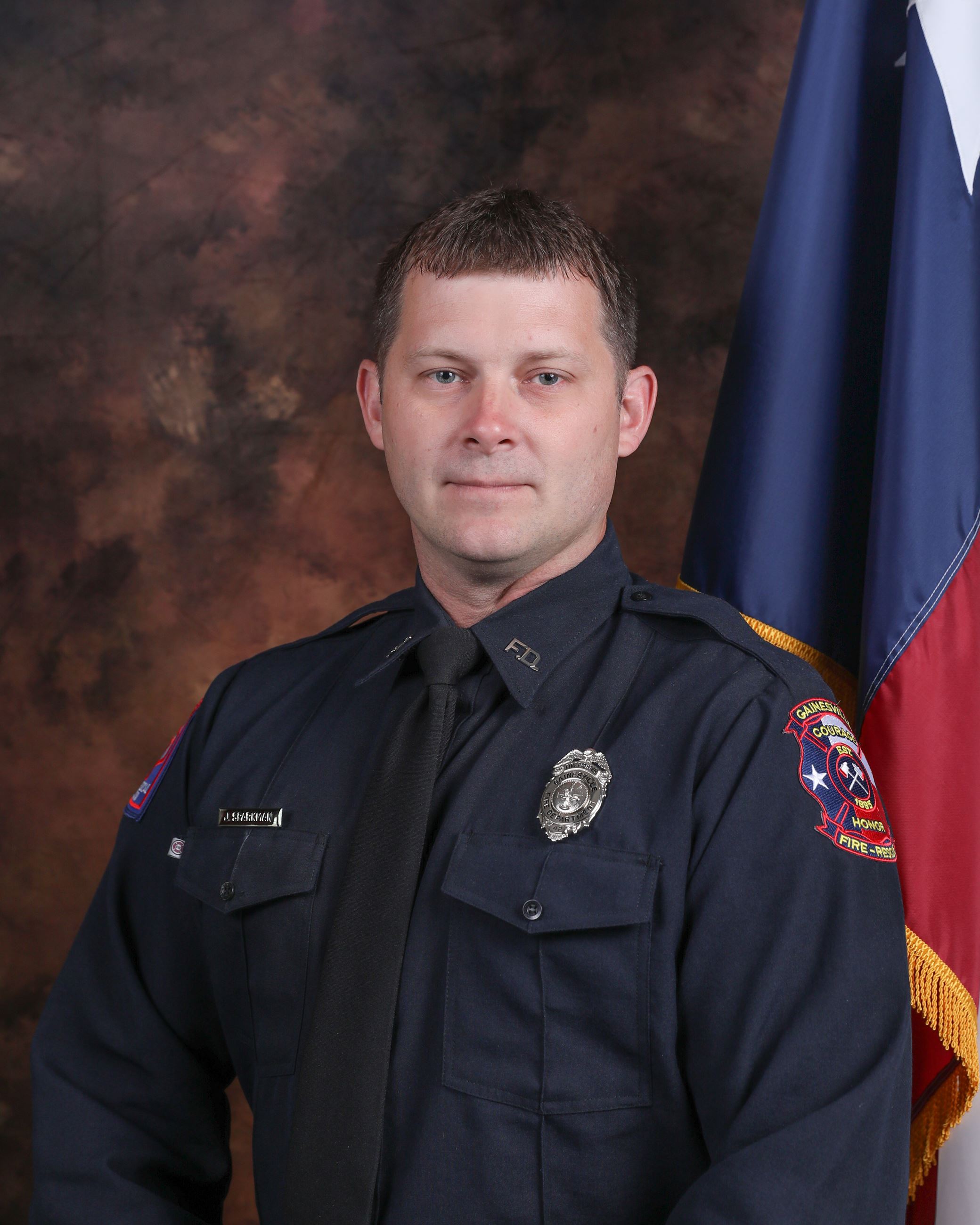 Awarded Employee of the Month in recognition and appreciation for outstanding performance, excellent customer service and helpful assistance.

Customer Service had an outbreak of illness and all employees were out of the office for an extended period of time. The duties fell to other Finance Department personnel who were also working short-staffed. Lisa, Administrative Assistant for City Administration, was willing to help and be cross-trained to work in Customer Service. There are many aspects to the Customer Service Representative job and Lisa embraced them all with a smile on her face and even developed learning resources to help others who might need to jump in to help in the future. She was an awesome team player, stepping in to help to cover absences and lunch breaks, and just being there to help provide customer service to the public.

Since Lisa began her position in Administration, she has shown dedication to any task given, has learned quickly and maintains an outstanding attitude and performance of the job at hand. Her willingness and ability to help out in another division is an excellent example of how the organization benefits from cross-training and team work. 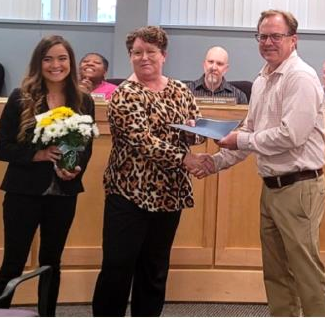 Awarded Employee of the Month in recognition and appreciation for hard work, steadfast learning, excellent initiative and overall outstanding performance. 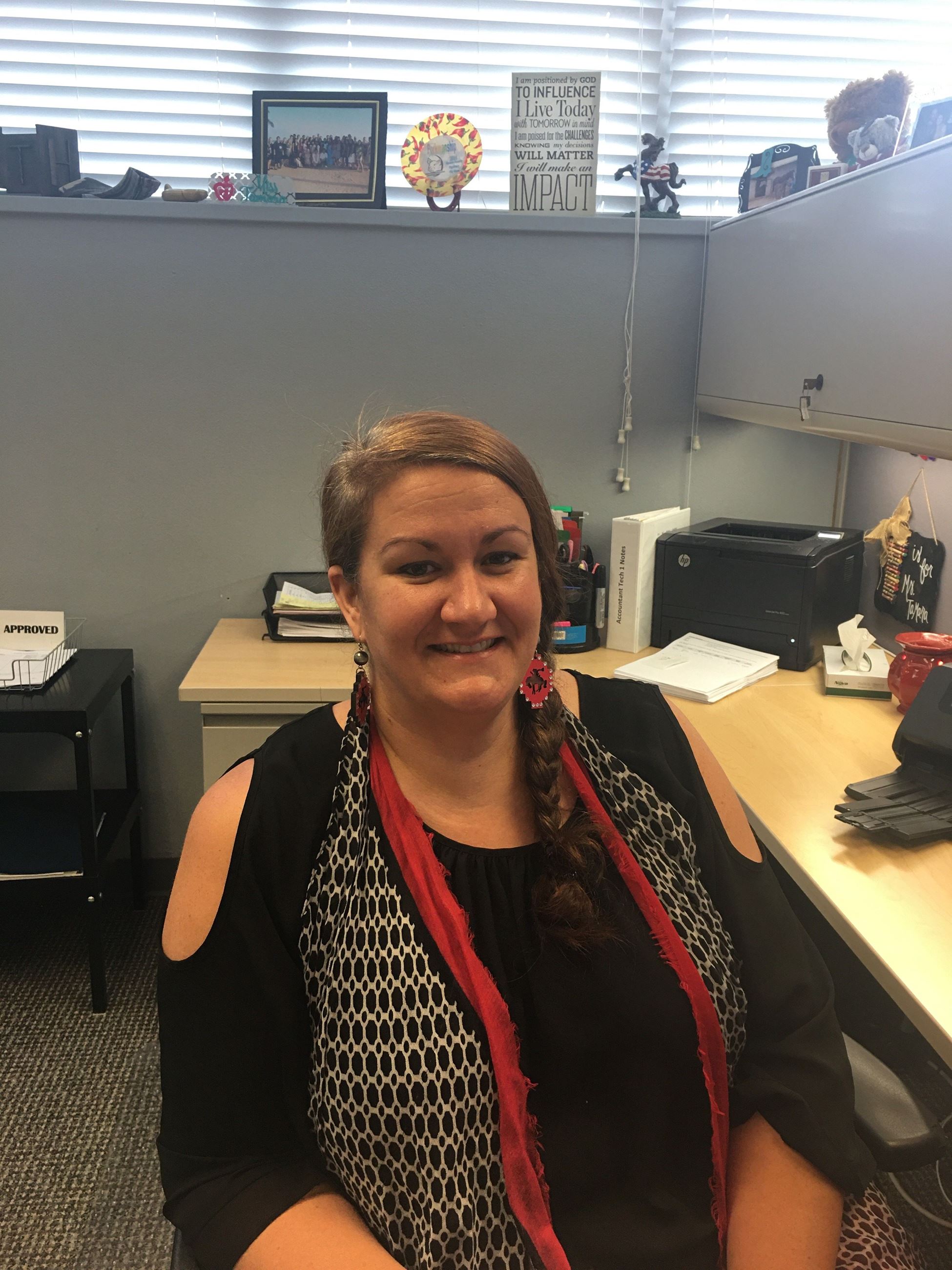 Awarded Employee of the Month in recognition and appreciation for going above and beyond.

The yard at the new Fire Station 3 is very large and fire personnel were spending three to four hours mowing with the equipment they had. Before more appropriate mowing equipment was obtained, Fire Captain Luke Myers took it upon himself to mow the large yard at Station 3 on his own time with his own equipment. Luke takes pride in all of his work, whether working for the Gainesville Fire Department or himself. The yard at Station 3 looks fantastic because of his care for it.

Luke saved countless hours of mowing that could be used for other station maintenance and training activities. 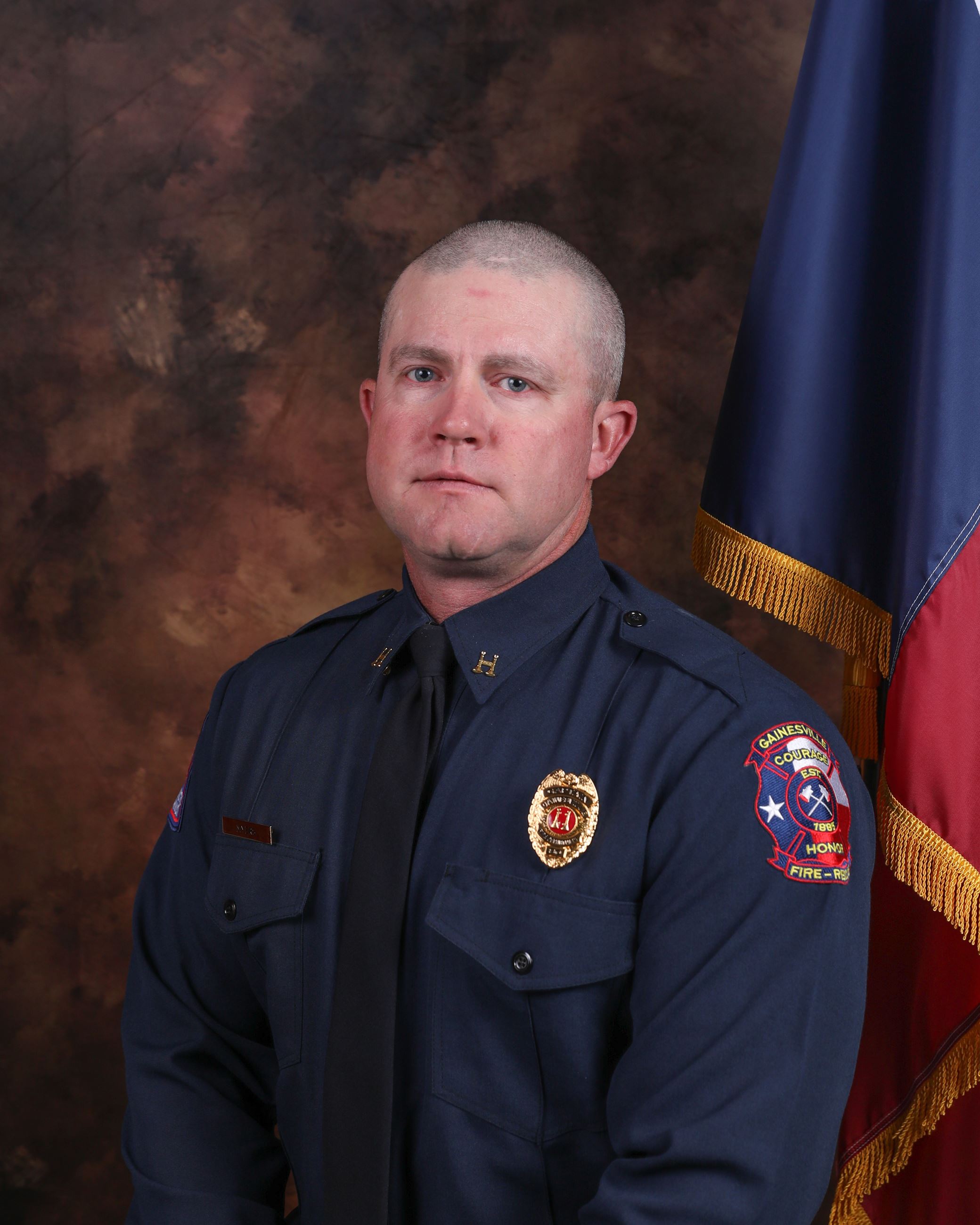 Awarded Employee of the month in recognition and appreciation for exemplary performance and representation as a City of Gainesville employee.

During the last few months of this year, the Gainesville Civic Center has been used as a COVID-19 vaccination site for Cooke County.  Ms. Jennifer Cannon, as a receptionist for the GEDC and Chamber of Commerce, sits at the front desk of the Civic Center and has been the first face that citizens of Gainesville and Cooke County see when they enter the building for their vaccination. Ms. Cannon greets everyone with a smile and asks how she can help and directs them to the county health employees. Ms. Cannon answers every phone call that rings to the front desk and often shares information with citizens on how to get registered for the vaccine and who to contact with more questions. There have been a few times where citizens have come into the Civic Center on non-vaccine days and asked for instruction and Ms. Cannon always answers their questions accurately and thoroughly. Some of these citizens have come in with frustrated attitudes and despite their irate behavior, Ms. Cannon has always maintained her composure and professionalism. Ms. Cannon has made it her prerogative to be as informed as possible so she can help citizens even though she was not directed to by supervisors.

In addition, with many events held at the Civic Center and our offices used as an information source for the community, Ms. Cannon treats each visitor as if they were her own personal guest. Every day she arrives to work early with a smile on her face and she is the first to step up when a task needs to be completed. Her dedication, reliability, and positive attitude are second to none. Ms. Cannon goes above and beyond her duties as an employee and is a shining example of the City of Gainesville Employee Mission Statement and City Core Values. 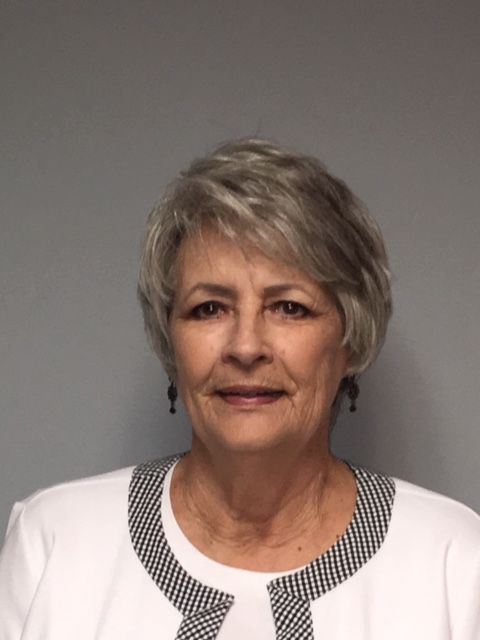 Awarded Employee of the Month in recognition and appreciation for hard work and dedication to Gainesville Fire-Rescue and the citizens of Gainesville.

During the recent severe winter weather event the week of February 15, 2021, through February 19, 2021, Captain Alan Bryan was a tremendous help to the Gainesville Fire Department and the City of Gainesville by providing excellent customer service to the citizens of Gainesville. He was instrumental in the set up of the shelters and warming stations during the severe winter weather and worked long hours to help with projects such as transporting citizens to shelters and transporting food and water.

On February 18, Captain Bryan inspected a vacant building concerned that it was vulnerable due to the frigid temperatures. He discovered that the fire sprinkler system in the vacant building had frozen and burst. He contacted fire crews to help shut the water off to the fire sprinkler system. His actions saved the city thousands of gallons of water loss which helped the city maintain water levels during the winter weather.

Weeks after the severe winter weather event, Captain Bryan continued to provide information and resources to the business in town that had damage to their fire protection systems. 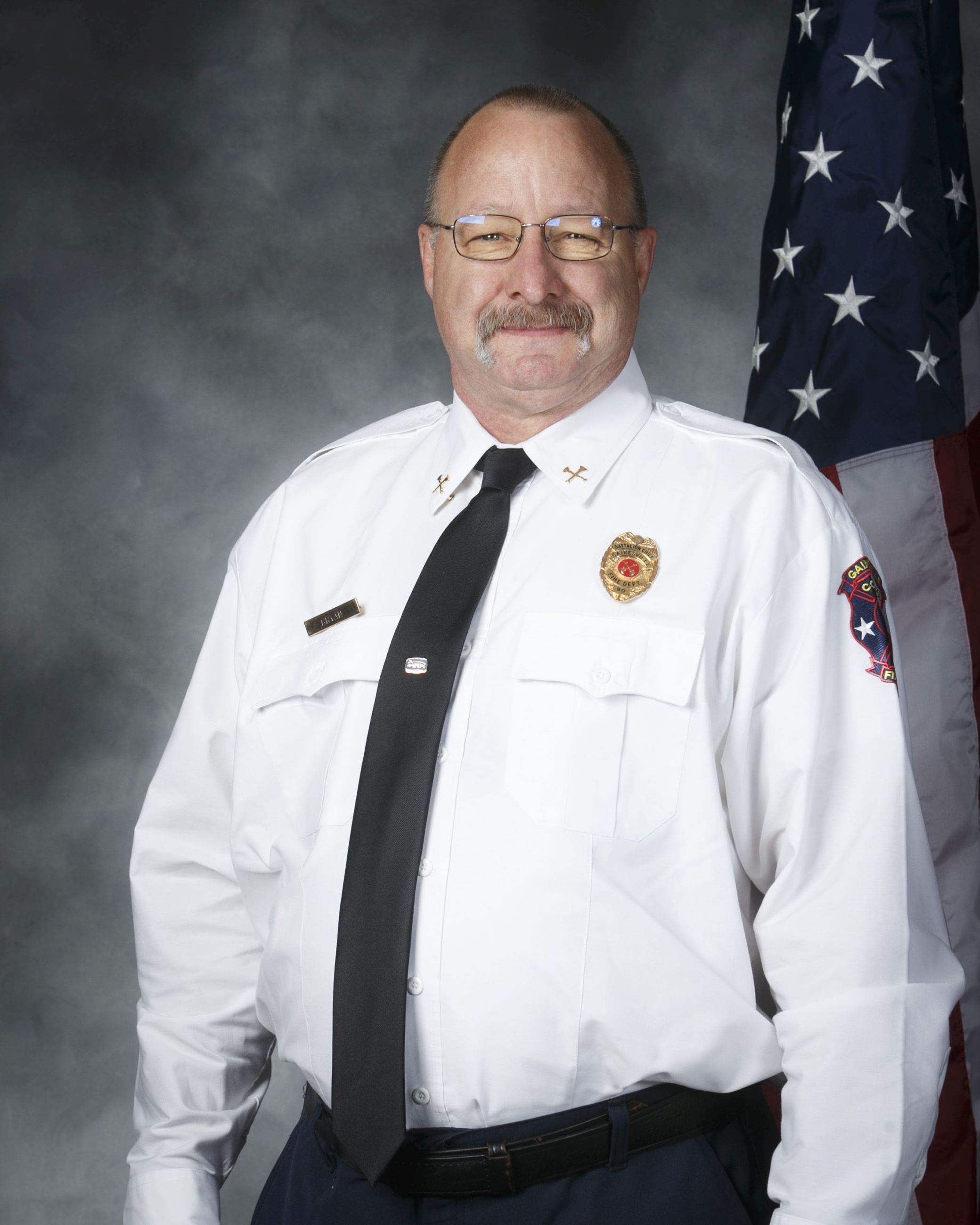 Awarded Employee of the Month in recognition and appreciation for diligence in the performance of duties, willingness to assist and train fellow officers and continuous work to improve the department.

Recently, Police Officer Wayne Clark was assigned light duty as a result of an on-duty injury sustained while pursuing a suspect on foot. Officer Clark completed all assigned light-duty tasks in an efficient manner and also utilized his light duty time to seek out grants and reward programs for the department. Officer Clark applied for rewards from the Select Traffic Enforcement Program (S.T.E.P.) that will reimburse the department for enforcement of Driving While Intoxicated offenses and seat belt violations. Since returning to active duty, Officer Clark has made on-view felony arrests and multiple on-view narcotic arrests. Officer Clark’s return is noticed by shift coworkers, who have expressed their gratitude for the amount of proactive work Officer Clark produces and his willingness to assist and train his fellow officers. Officer Clark maintains exceptional and quality police work that exemplifies the City’s values. 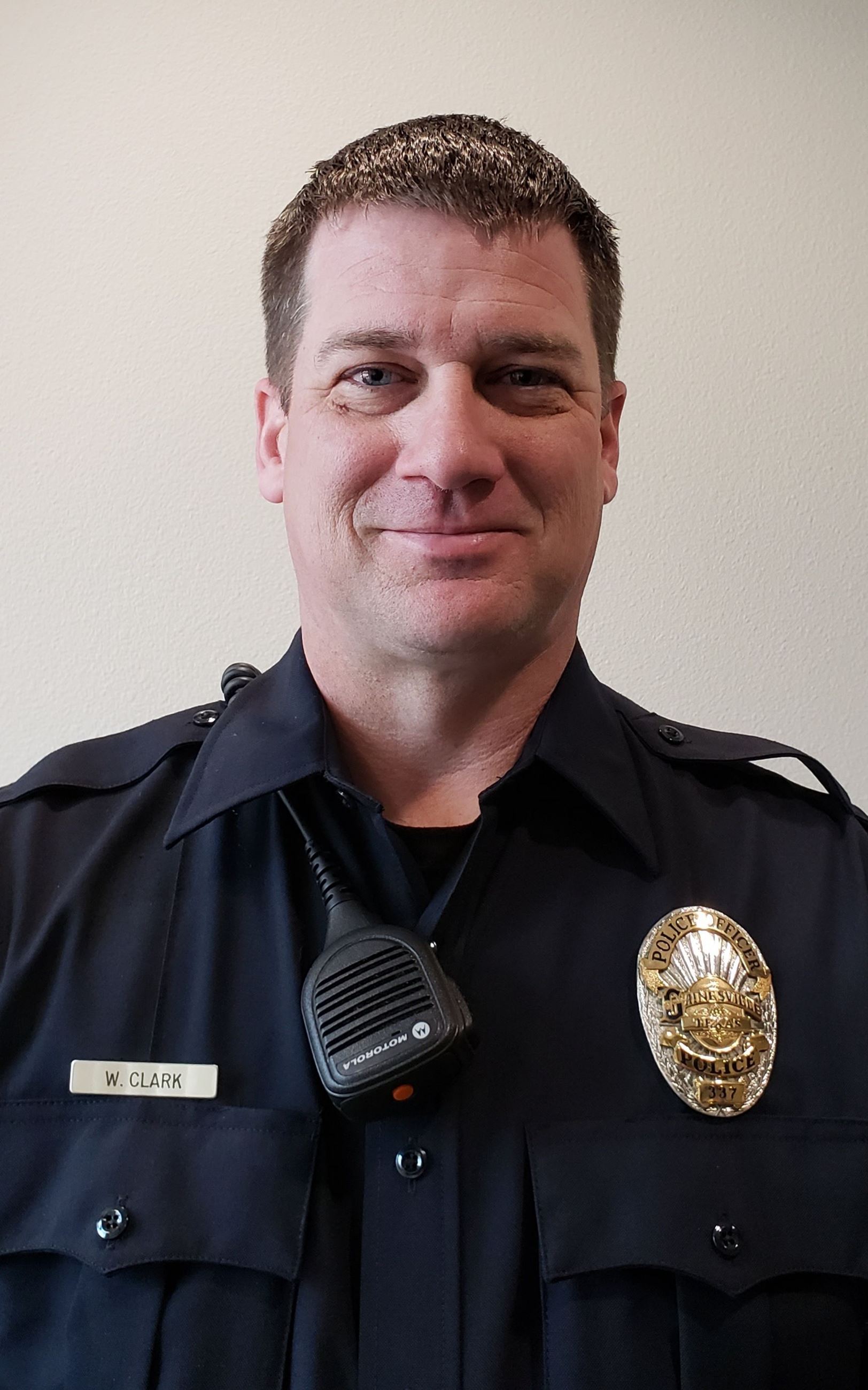